Well, the weather channel kept threatening it, and it seems if finally hit. We seem to have gotten as much rain in one day that we get in a year, 14.72". I was out of town on business but hurrying home. I'm writing this from Orlando Airport.

Some pictures - this is the main north south road in Boulder, the guy in front is standing on the bike path which goes under Broadway and runs parallel to Boulder Creek. 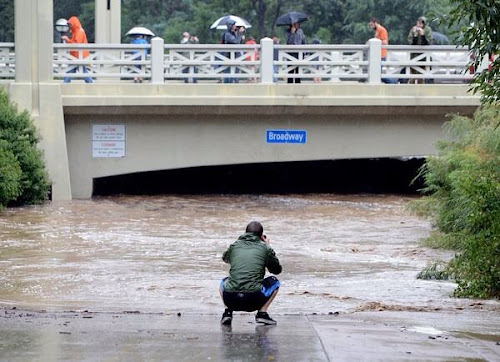 This is a photo of another section of the path and shows the horrendous amount of water: 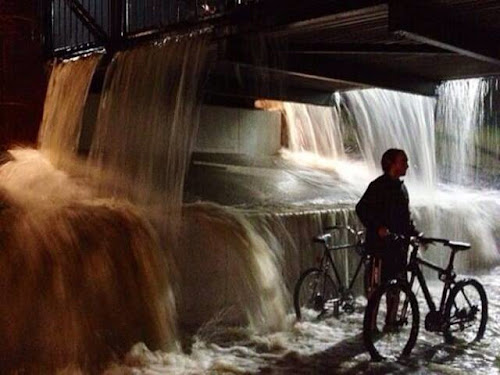 The water washed out several roads, this I believe is one of the roads that serve the town of Lyons which is reported now as an island: 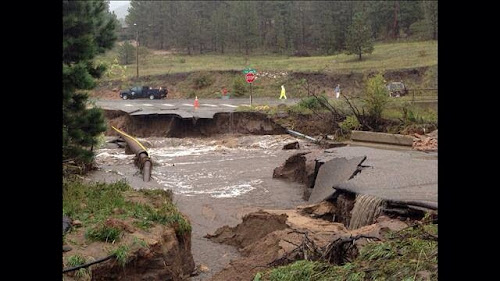 Here's another road wash out. 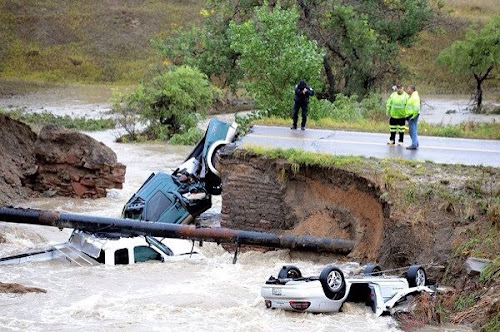 At time of writing there are 3 people known dead, 180 unaccounted for. Hard to get information from afar I heard reports of 10 foot walls of water in the canyons. If so there will be more bodies found. Very sad to see my hometown hit this hard, however the tragedy that others have suffered is much more troubling.

Posted with Blogsy
Posted by Kelly Corkill at 7:16 AM